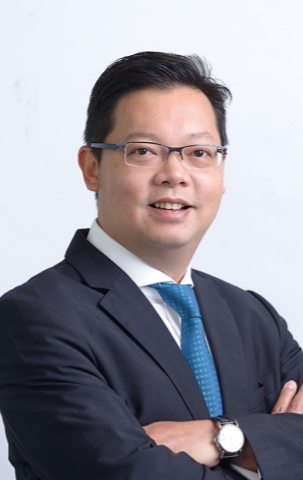 Experience
Ruengrit is a Founder and Managing Partner of Veritas Law Limited. He is an experienced corporate lawyer, specialising in international business transactions, data protection & privacy, employment, cross-border M&A and foreign direct investment laws. He began his career in 1999 as an international associate with a US firm in Cleveland, Ohio, advising on Thai law in commercial contracts and foreign investment in Thailand.
Ruengrit has been involved in a number of acquisitions and disposals of equity in Thailand, in sectors such as food, property, telecommunications and manufacturing.
He is also experienced in the resources and energy sector and advised the Petroleum Authority of Thailand (PTT) on its privatisation and initial public offering.

Non-Practice Engagements
He wrote the Thailand section in “A Global Competition Review Special Report on Telecoms and Media 2005 – Getting the Deal Through”, and the Thailand section in “Hiring the Best Qualified and Most Talented Employees Handbook on Global Recruiting, Screening, Testing and Interviewing Criteria” published by Kluwer Law International and International Bar Association in 2008. He also wrote the Thailand section in the “GTDT’s Corporate Immigration guide for 2018-2019” published on Lexology.
In 2007 to 2008, he was an Expert to the Committee on Consumer Protection, National Legislative Assembly. In 2008 to March 2009, he was on the Sub-Committee to the Investigation and Adjudication Bureau, Office of the Election Commission of Thailand.
In March 2009 to October 2011, he was a member of the Board and an Audit Committee of the Metropolitan Electricity Authority of Thailand. In September 2013, he was appointed by the Senate to be the advisor to the Sub-Committee on Air Transport under the Senate Standing Committee on Transportation; and to the Sub-Committee on Studying and Examining the Transportation Contract under the Senate Standing Committee on Transportation. In 2018 till date, he was appointed by the Law Reform Committee of Thailand to serve as a sub-committee to the Law Reform Commission. Recently in 2019, he was named as the A-list - Thailand’s Top 100 Lawyers from Asian Business Law Journal.
He receives certificates in Director Certification Program (DCP120) and Audit Committee Program (ACP28) from the Thai Institute of Directors in 2009 and a certificate in Public Director Certification Program from the Public Director Institute in 2010. He also receives certificates in Data Protection Officer (DPO) from ACIS Professional Center in 2019.